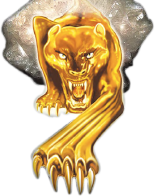 The certified engine test with BORPower

What happens if you keep a four-stroke engine running, without a single drop of motor oil? We wanted the full picture, so we conducted the ultimate test on two identical single-cylinder four-stroke engines: one engine with BORPOWER, one without BORPOWER. After a test run of 90 minutes during which we took exhaust readings, we drained the oil from both engines, down to the last drop.

What happens without motor oil

The bottom line: Adding BORPOWER saved the engine from total engine damage, even when the engine was operated without a single drop of motor oil.

The ultimate test and the exhaust reading during the preceding test run showed the following results for operation with BORPOWER:

Put it to the test and start benefiting now!

What are you looking for?